Chris Beckett’s Dark Eden was an excellent novel and my opinion was confirmed by its winning the Arthur C. Clarke Award. The planet Eden and the society that had developed on it were so well thought out and captivating that I have been intrigued to see what would happen next. 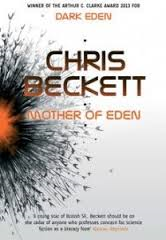 Posted by Gareth D Jones at 3:59 pm No comments:

Books On A Plane

For only the second time ever, somebody commented on the book I was reading, and again I was on a plane. This time, while flying back from Dublin, the man 2 seats away nodded at the copy of Dan Simmon's Hyperion on my lap and asked if it was any good. Like me he has had it waiting on his book shelf for some time, intending to read it at some point as it's one of the 'classic' SF books. I told him it's really good so far. 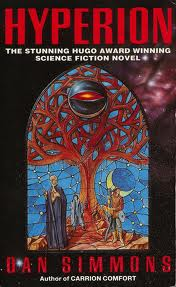 I have the next 2 books in the Hyperion Cantos still lined up on my bookshelf...
Posted by Gareth D Jones at 2:19 pm No comments:

Email ThisBlogThis!Share to TwitterShare to FacebookShare to Pinterest
Labels: Reading

From the start I should probably make it clear that Jack McDevitt’s ‘Alex Benedict’ books are one of my favourite series, so I could tell you how great ‘Coming Home’ is without even reading it. Having said that, I shall attempt to write something sensible about the book rather than just enthusing about it. 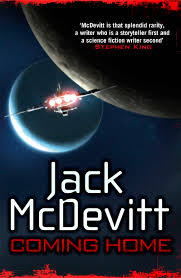 Posted by Gareth D Jones at 5:35 pm No comments:

I feel slightly inadequate at the prospect of writing a review of ‘Sibilant Fricative’, a collection of reviews and essays from Adam Roberts. He is well-known and respected as a reviewer who is both perceptive and entertaining, while at the same time scholarly. He is the kind of author whose reviews are collected together and published in a book. Obviously. 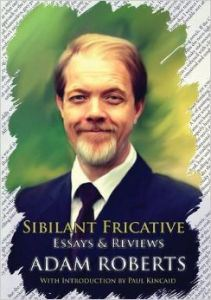 Posted by Gareth D Jones at 4:27 pm No comments:

I was at Collectormania in Milton Keynes on Saturday, where there were loads of Stormtroopers, R2D2 type robots, Dr Whos, Batman and Batgirl and plenty of other people dressed up. There were also some well-known and some slightly obscure actors from various shows. These are the ones I noted as I wandered around:

I think he worked for UNIT.

Yes, actual David Prowse, as well as someone in a costume.

Christine Adams. Did she work for UNIT too?

Amanda Noar, the lady with the hair, not the guy with the tentacle.

He bumped into my niece.

The King was there too, but I didn't see him.

John Leeson, the voice of K9. Apparently he was also the original Bungle from Rainbow. We also saw K9.
Posted by Gareth D Jones at 11:28 am No comments:

Email ThisBlogThis!Share to TwitterShare to FacebookShare to Pinterest
Labels: Collectormania

The Gondolier in Slovenian

The Slovenian translation of The Gondolier is now out in issue  #35 of Jashubeg en Jered.

That's the 16th published language for this story.
Posted by Gareth D Jones at 7:49 pm No comments: