I have found all of Alastair Reynolds’ Revelation Space books and short stories to be wonderfully atmospheric and perpetually gripping and, out of all of them, the standalone novel The Prefect, featuring Prefect Tom Dreyfus, was my favourite. 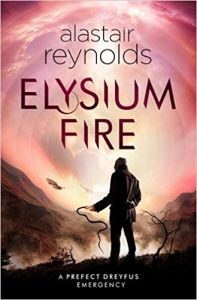 Posted by Gareth D Jones at 9:31 pm No comments:

A century or so from now, the problem of famine has been overcome by a technique that transforms hair into solar energy collectors that works by a kind of photosynthesis, so that nobody need eat food any more. This means that the poor must wear their hair long in order to survive, allowing them to soak up the sunlight, while the rich style their hair short as they can afford to eat food which has now become a luxury. 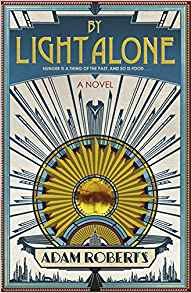 Posted by Gareth D Jones at 8:37 pm No comments:

A reprint of my story The Accelerati, which first appeared in the print magazine Lore, has been due to appear on line at SciPhi Journal for quite some time, but the magazine has now sadly anounced its closure. It's not the first time this happened, and I suppose it won't be the last either. I still have another 3 stories due to be published this year though.