Sephen Hunt's Jackelian series of futuristic steampunk tales includes The Court of the Air and The Kingdom Beyond the Waves. He also founded SF Crowsnest where over 100 of my book reviews have appeared.


Q. Would you like to live in a court in the air or in a kingdom beneath the waves?

A. Well, my answer to that one has to be 'The Court of the Air' - especially if I was running the joint, as I could sit up high watching everyone and ordering the arrest without trial or murder of anyone who did bad stuff down in the world... and it doesn't get any better than that.

The Gondolier in Afrikaans

Unable to find a market for this translation, I've decided to post it here instead:

Email ThisBlogThis!Share to TwitterShare to FacebookShare to Pinterest
Labels: Afrikaans, The Gondolier, Translation

Michael Cobley is the author of the Humanity's Fire sequence among others. The first of those, which I particularly enjoyed because of the diverse cultures and accents used, was Seeds of Earth.

Q. What kind of planet would you grow if you had the right seeds?

A. If we were talking about a planetary biosphere, I would definitely try to grow one with a species of plant with a complex crystaline network within its trunk, branches and leaves, which converts sunlight into electricity, perhaps linked to large underground organic batteries/heating web - perhaps this plant came about as a result of evolutionary symbiosis with some burrowing creature/insect which benefits from warm ground and which somehow protects the sparky lightning plant. Anyway, some subtle genetic engineering could result in a cheap, easily grown, easily maintained form of organic power generator which would make life in sunny climates rather different from how they are on our world.


If we're talking about the socio-political world, well, we really need an international social democratic movement ready to curtail the power of international finance, and we need a United Nations that is able to defend weak nations and promote democracy, and which provides worldwide forums for debate, and which provides means whereby joint action can be taken against climate change and other international crises. I know, dream on, eh? 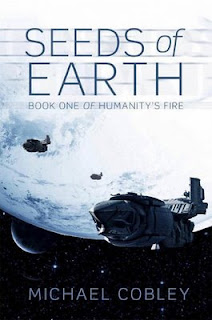 Posted by Gareth D Jones at 1:30 pm No comments:

Jack McDevitt is the author of over  dozen novels, including the Alex Benedit series I've been enjoying for the past couple of years. The first of theose was A Talent for War and inspires the first question in my RIQ feature.

Q. What would you like to have a talent for?

A. I guess I’d settle for the ability to be objective. If I could learn to look at issues based on the facts rather than on my preconceptions (my ‘gut’?), I’d get a lot closer to the truth than I’m currently able to-- Charles Harbour, the artist behind the fabulous cover of The Immersion Book of Steampunk has more good news this week:

The Immersion Book of SteamPunk  cover has been accepted for inclusion in this year’s Spectrum: The Best in Contemporary Fantastic Art Book no.19

Pretty pleased as it’s pretty stiff competition to get in, with judges including Art directors from Blizzard, Wizards of the Coast and Disney.

If you look closely you can spot the cover at about 35 sec’s in, apparently this room was filled and cleared 3 times. 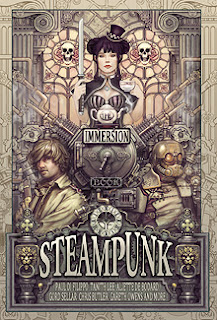 Inspired by the random thoughts that some book titles evoke, I decided to come up with some random questions based on various author's titles. I've been sending the questions out and the answers have started coming back.

Get in touch if you're an author who'd like a question, or you'd like to suggest an author or question for me to include.
Posted by Gareth D Jones at 7:08 pm No comments:

My short story World Wire Web, first published in Nature magazine, has been accepted by Dutch magazine SF Terra. I'm particularly pleased with this as I've already had 2 near misses with Dutch magazines so I'm glad to be finally making it into this language.

This will be the 4th language for World Wire Web as I'm already expecting translations in Galician and Danish. Along with a German story I'm expecting, this will take me to 24 published languages.
Posted by Gareth D Jones at 1:03 pm No comments: