Words About A Word...

It's 2 weeks since I got my copy of Scifantastic and read it cover to cover during that weekend.

Here are some comments I've received about my story A Word in the Right Place:

'Funny, but also kind of scary in a 1984 kind of way.'
'Very cool little story.'
'This is a very tightly written, sparkling little piece. Whether or not it's set in a sci-fi universe, and it may not even need to be, it makes for pretty effective, ironic, and comic commentary on people's attention span, and particularly on what gets the public's attention.'

I thought it interesting that 1984 was mentioned, the same reference that was made by one of the Australian editors.

I also got a note from Scifantastic editor Sarah Dobbs:

'Thanks for such an original story.'

Which was good, because magazine editors must see a lot of stories!
Posted by Gareth D Jones at 12:37 pm No comments: 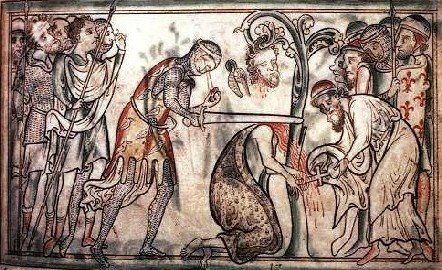 Another day, another anniversary.

This time last year Devotion appeared in Bewildering Stories, my 4th story to be published. It's another of my earlier stories, but has since become my first story translated into another language. The accompanying picture was chosen by the editor of Bli Panika to go with the Hebrew translation.
Posted by Gareth D Jones at 1:32 pm No comments:

It's a year ago today that my 'hard SF' story The Grey Hole was published. It doesn't seem that long, perhaps due to the time dilation effect of quantum singularities.

This was my first attempt at a 'hard SF' story, i.e. one where the technology is based more on science than on fiction. It was also the first time I set about writing a story of significant length. Previous stories had never made it to 2,000 words, and in those days, 12 years ago, the few markets that existed had 2,000 words as a minimum. I aimed for 5,000 words and finished up with 5,200.

It was accepted on its first submission, by Aphelion. I'm currently waiting to hear back from them about the sequel, The Grey Void.
Posted by Gareth D Jones at 2:57 pm No comments:

Today I sent off my fiftieth science fiction story submission to an English language market. In case you thought getting published was easy, that shows how much effort goes into finding the right home for your story. There are so many markets looking for different things, you just have to find the right one for your story.

I was lucky when my very first submission was accepted. Since then I've had another nine published and six more still doing the rounds. None of this includes the foreign language submissions.

The important thing is not to loose heart. As long as you believe in your own story, someone else will too.
Posted by Gareth D Jones at 12:31 pm No comments:

Email ThisBlogThis!Share to TwitterShare to FacebookShare to Pinterest
Labels: Submission

According to my latest information, the English edition of Greek magazine Universe Pathways, containing my story Artefact Nouveau, will be published June 15th.

So that's two stories confirmed for later this year, English in June and Greek in October.
Posted by Gareth D Jones at 4:22 pm No comments:

My copy of Scifantastic arrived in the post. What a great feeling, to see my name in print. Not had time to read much of it yet, I was too busy phoning people to tell them!
Posted by Gareth D Jones at 1:56 pm 1 comment:

Sooner than I realised, issue 4 of Scifantastic, featuring my story A Word in the Right Place is out! Buy it now!
Posted by Gareth D Jones at 3:57 pm No comments:

A Word in the Right Place

It's April. That means that my first story in print will be appearing this month. The editor of Scifantastic said:

"Many thanks for letting us see A Word in the Right Place. I loved it - very different!"

I hope you enjoy it too when it appears in print.
Posted by Gareth D Jones at 4:20 pm No comments: