To round off the year, my short story Rose Coloured Tentacles, which was published last year in Perihelion, has been accepted by Polish magazine Szortal.


This will be my third story published in Polish and means I have 4 stories lined up for publication next year.

My oldest son Alex has sold his second story, this time to YA magazine Spaceports and Spidersilk. It's due to be published in the spring.

Email ThisBlogThis!Share to TwitterShare to FacebookShare to Pinterest
Labels: Acceptance, Alex Jones, YA

Celebrating ten years of well-known UK small press publisher NewCon Press, editor and owner Ian Whates has launched a series of anthologies with various themes, including Crises And Conflicts, the third of such space opera and military SF anthologies from the imprint. This one includes sixteen stories by a fine array of well-known and up-and-coming authors. 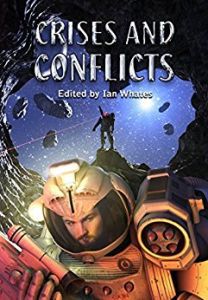 Posted by Gareth D Jones at 6:36 pm No comments:

This year I wrote 23 book reviews for SF Crowsnest, as well as an article and 2 interviews. I've surprised myself with that total as I didn't think I'd been producing reviews that regularly. This probably also contributes to my post yeesterday, in that I've writen more word count on reviews than on fiction.


I think reading and reviewing will slow down next year as I delve into writing a new novel.

Email ThisBlogThis!Share to TwitterShare to FacebookShare to Pinterest
Labels: 2016, Review

I've not managed to write a great deal this year, the lowest word count total since I started writing seriously in 2004, totaling only 4 short stories.


By strange coincidence I also sold 4 stories, two of them to podcasts. I've also had 3 stories published, one of which was in German and one was a podcast.


I've been working on the plot for a new novel in the past couple of weeks, so prepare for more word count next year!

Email ThisBlogThis!Share to TwitterShare to FacebookShare to Pinterest
Labels: 2016, Writing

I've read a surprising 58 books this year, rather more than usual. Probably because I haven't done much writing I guess. As I've also been reviewing I've read quite a few new books along with books from previous years and decades.


These are my favourites of the year, in reverse chronological order of reading:


The Core of the Sun by Johanna Sinisalo
Everfair by Nisi Shawl
Death's End by Liu Cixin
Daughter of Eden by Chris Beckett
Europe at Midnight by Dave Hutchinson
Made to Kill by Adam Christopher
Barsk: The Elephants' Graveyard by Lawrence M. Schoen


I know a top 7 is a little odd, but it was either that or a top 28, which doesn't narrow things down much!

Email ThisBlogThis!Share to TwitterShare to FacebookShare to Pinterest
Labels: 2016, Reading

Book Review: The Core of the Sun by Johanna Sinisalo

I’ve read several translated novels during the past year and, one thing I’ve come to realise is that, although the location, language and customs may be different, the ingredients of a great Science Fiction novel are just as indefinable. ‘The Core Of The Sun’ is the first Finnish novel I’ve read but, once again, it has proven to be a fabulous book and the fact that it is a translation is just one part of its charm. 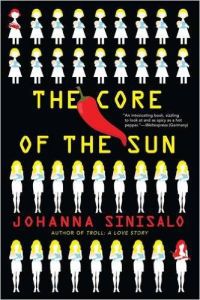 My interview with Cixin Liu has been mentioned in more diverse places than probably anything I've done in the past.

I already posed that it was mentioned on File 770, then last week it was tweeted on the official Three Body Problem Twitter account.

I first came across Matthew Hughes in ‘Interzone’ a few years back and was immediately struck by the story’s similarity to something that might have been written by Jack Vance. Of course, I’m not the only one to have spotted that and the cover of this and his other books makes that comparison. 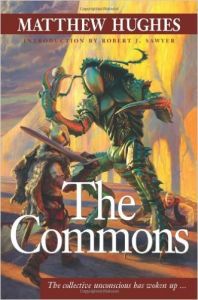