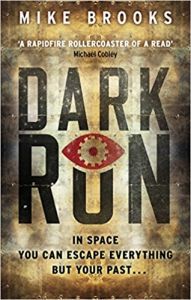 Posted by Gareth D Jones at 9:38 pm No comments:

Alex, Haydn and I have all written stories for this month;s flash fiction challenge. You can read all the entries here, and even comment and vote if you like.

‘The Collapsing Empire’ is the first book in a new series by award-winning author John Scalzi and the first of his books that I’ve read. The setting is a far-flung interstellar empire know as the Interdependency, over a thousand years in the future, where planets are connected via poorly-understood faster-than-light conduits known as the Flow. 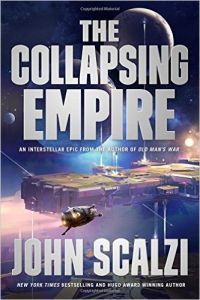 Following on from my previous posts on the subject, I've continued to look out for 'classic' SF books that have won awards, appeared on 'Best of' lists etc.


These are the ones I've read over the past year or so:


Planet of the Apes by Pierre Boule - OK, not actually hailed as a classic, and actually rather antiquated even for its time.


The Word for World is Forest by Ursula K. LeGuin - Very good, but not really sure what the fuss is about.


I Am Legend by Richard Matheson - Rather dated.


Do Androids Dream of Electric Sheep? by Phillip K. Dick - I don't know why everyone says this is so good.


According to the GoodReads 'Best Science Fiction' list I've read 52 of the top 100 science fiction novels of all time, which isn't bad. There are, of course, lots of other 'Best of' lists.
Posted by Gareth D Jones at 2:38 pm No comments:

Over 100 of my older book and magazine reviews no longer appear on line because the sites they appeared on have since disappeared. I've started to post the  reviews on GoodReads for the sake of posterity.

Unlike the rest of the Earth’s population, I have neither read nor watched Game Of Thrones, not being a fan of fantasy, though I did once see George RR Martin in passing at EasterCon. 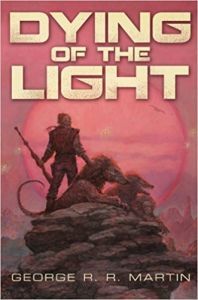 Return of the Blind Collaborators

My first collaborative story The Blind Collaborators, published 10 years ago in Aphelion Webzine , has been republished in their 'Best of 20 Years' selection.
It was a fun story to write in which I gave my collaborators a brief outline of what to include in their sections without telling them the plot and then I tied them all together in an overall story.
Posted by Gareth D Jones at 6:24 pm No comments: