Last night I wrote the penultimate chapter of the penultimate part of Galaxy's Game. Looks like it should end up at 100,000 words, somewhere near the end of September.
Posted by Gareth D Jones at 9:32 am No comments:

Out This Week and Next

Hiking in My Head was published on Monday and went out to subscribers of Daily Science Fiction. It will be posted on their website next Monday. Several nice comments on their Facebook page, and several bemused readers. The original version was even more confusing!
Posted by Gareth D Jones at 10:16 am No comments:

Ode to an Earthworm

When I heard at EasterCon that Ian Whates of NewCon Press had an open submission call for his latest anthology, I was determined to send something in. NewCon publish some great anthologies and collections, usually with a whole host of well-known authors.

I've never written a story specifically for a themed anthology before, and Looking Landwards' theme of the future of agriculture is somewhat specialised. I thought about it for several weeks while several half-formed ideas came and went. I finally wrote it with only two weeks to the deadline, edited it, deliberated on the title and submitted it with only two days to go.

Ode to an Earthworm was accepted this week and will be appearing in Looking Landwards when it's launched in October. 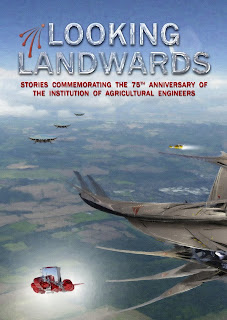 Posted by Gareth D Jones at 1:46 pm No comments: