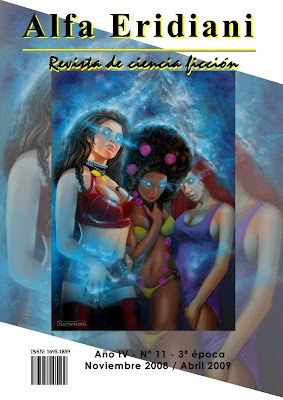 Issue #11 of Alfa Eridiani is now out, containing the Spanish translation of Travel by Numbers. It’s also accompanied by 3 great illustrations that almost perfectly reflect my picture of the scenes.

Travel by Numbers first appeared in Nature magazine and has also been published in Serbian and Estonian, making this my first story to be published in 4 languages and my 7th story translated into Spanish.
Posted by Gareth D Jones at 1:06 pm