Return of The Last Adam 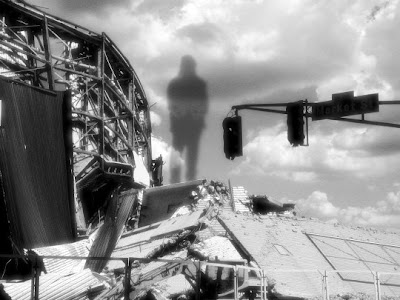 I make my second appearance on daily flash fiction zine Flashshots today with the return of The Last Adam.

This is my shortest story at 78 words and was my very first Friday Flash Fiction entry. It was originaly published in the now defunct Static Movement ezine where it was accompanied by this fabulous illustration by John D Stanton. Both were later reprinted in the Static Movement print anthology.

The Spanish translation appeared in Efimeras in March 2007 and was reprinted in Quimicamente Impuro in December 2008. Earlier this year the English and Welsh versions both appeared on E-Bych.
Posted by Gareth D Jones at 4:14 pm