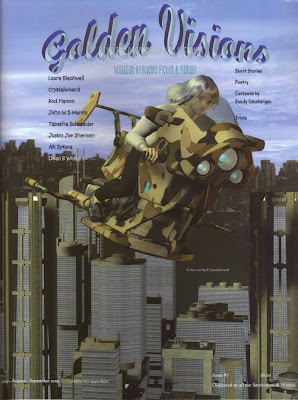 Another of my former Friday Flash Fiction stories gets a second airing today. White Out is published in the on-line version of Golden Visions #7.

This is the fifth Friday Flash Fiction to have been reprinted, aside from seven that have been translated into other languages. Another two are due to be translated and two more reprinted. Maybe it’s time I started writing some new flash fiction.
Posted by Gareth D Jones at 12:27 pm