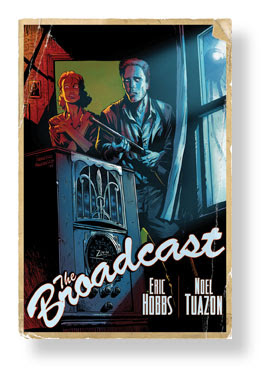 It’s a well-known tale that when Orson Welles broadcast his radio adaptation of H.G.Wells’ The War of the Worlds, many Americans thought it was true and believed they were being invaded by Martians. The story is told again in The Broadcast through the eyes of several characters in a small rural town, cut off by a storm, not knowing that the play has ended and the rest of the world knows it was only fiction.

Read the rest of my review at SF Crowsnest.
Posted by Gareth D Jones at 12:39 pm