The End of Barsoom

I really enjoyed the film John Carter when I saw it a year ago, unlike the critics who didn't like it at all apparently. I didn't realise until I watched it that it was based on Edgar Rice Burroughs' Barsoom series, and in fact I was only vaguely aware of the books. I enjoyed the film so much that I got the entire 11 book series in omnibus edition. 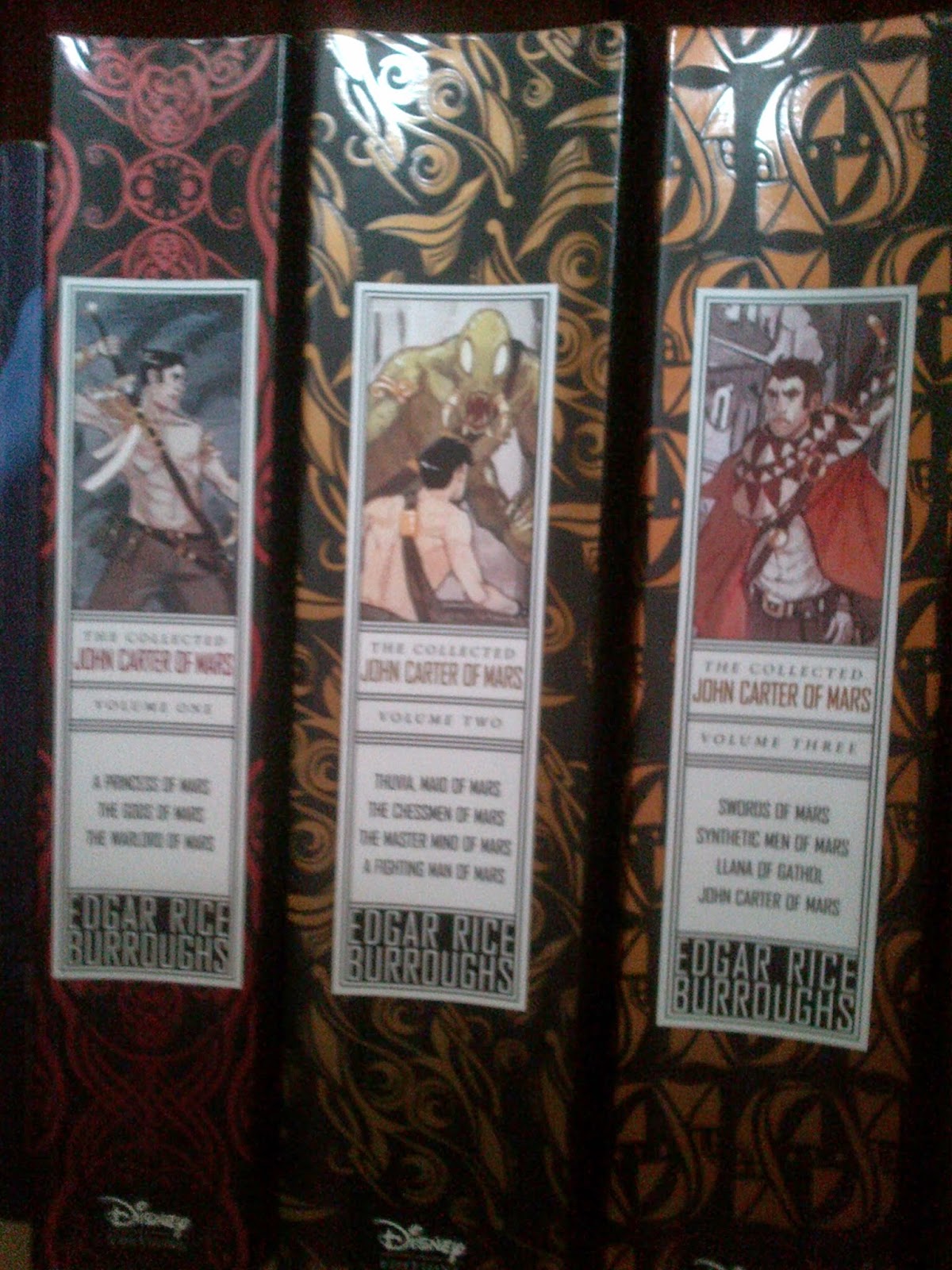 I started them in December, reading each book individually with other books in between, and finished yesterday, 2500 pages later. I enjoyed all of them immensely, even though the plots started to become predictable. They have barely aged at all, despite being started 100 years ago. Barsoom is a fabulous place, and even though we now know nobody lives on Mars, it doesn't matter. I'm quite sad to have come to the end.

At WorldCon I picked p the omnibus edition of the first 3 volumes of Burroughs' Pellucidar series. I'm hoping they will be just as enjoyable.