In my 2008 review of Chris Beckett’s Edge Hill prize-winning collection ‘The Turing Test’ I described the short story ‘Dark Eden’ thus:
‘…one of the best short stories I have ever read...'


‘Dark Eden’ the novel was released in 2012 and, with the imminent release of the sequel ‘Mother of Eden’, now seems an opportune time to reminisce about the book of one of my favourite short stories. 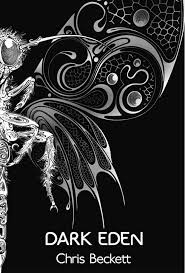