Book Review: Ghost in the Shell by Andrew Osmond

Probably in common with a lot of the audience who have seen the 2017 live action film Ghost In The Shell starring Scarlett Johansson, I was aware that the story originated as a Japanese anime title, but otherwise I had no idea about its background. In fact, my knowledge of the genre is rather paltry and this became evident as I read through Andrew Osmond’s fascinating history of the film. 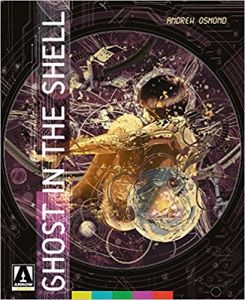